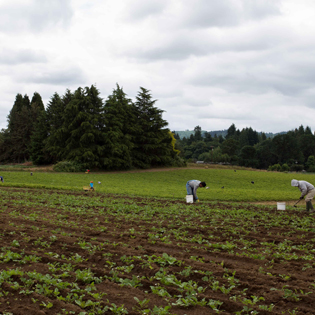 This ongoing lack of seasonal workers continues to threaten the fruit and veg harvesting, with one in three farmers finding labour harder to source year on year.

The NFU have pressed the government to launch a new students working scheme aimed at agricultural students worldwide to take-on this seasonal work.

A spokesperson for the NFU said “This will attract young people into the industry who’ll bring innovation, energy and skills that will help increase productivity on UK farms.”

It’s estimated that an additional “40,819 seasonal workers are needed every year in England to help grow, harvest and pack the produce” said Meurig Raymond – the NFU’s president.

A large number. But given the horticultural industry contributes over £3 billion to the UK’s economy each year, it’s a problem that needs to be addressed and solved.

Growers predict the supply of seasonal workers to become even more challenging over the coming years, with the fruit sector being hardest hit.

And the impact this will have on retailers, as crops go to waste, is the spectre of shelves that are worryingly empty of fresh product.